Do you enjoy running?

If so, why don’t you try the running route around Tokyo Imperial Palace and make some special memories of your Japan trip? 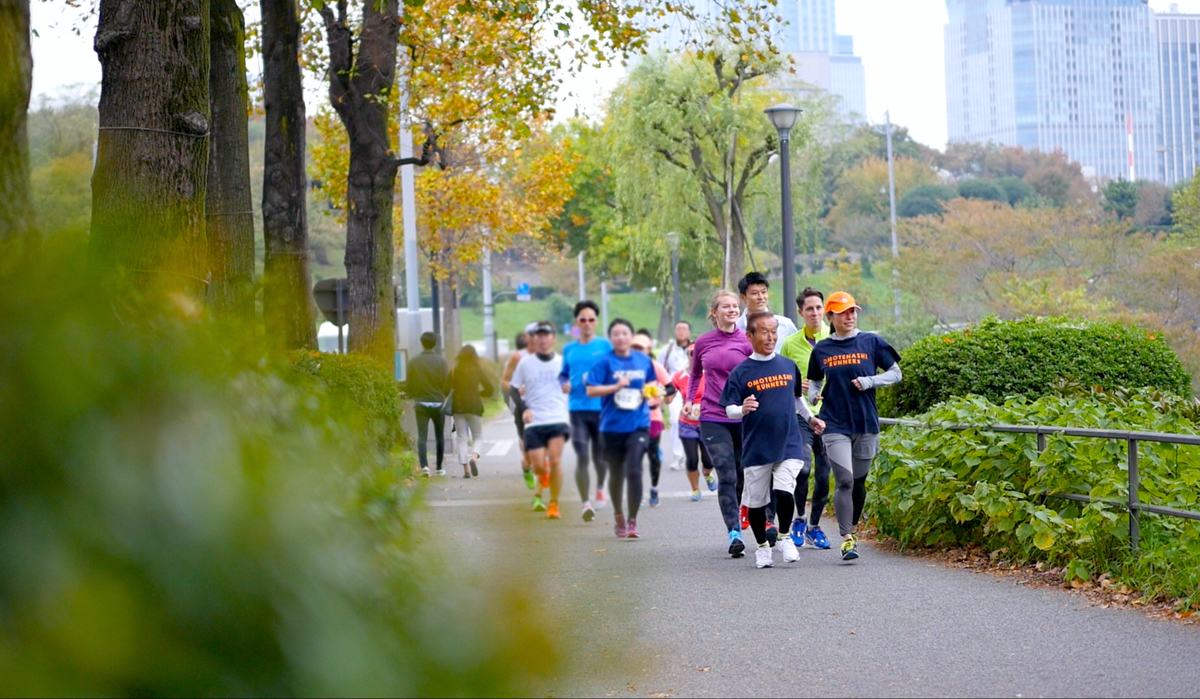 The Imperial Palace running course is suited even for beginners since one lap around the palace is roughly 5 kilometers. The course has a lot of sightseeing spots to offer. The lush greenery is beautiful in every season. Also, there are no traffic lights on the outer circumference, so you can run nonstop. With many support facilities specialized on runners’ needs, it’s no wonder this is the most popular running route in Tokyo.

Use a “runners station”! 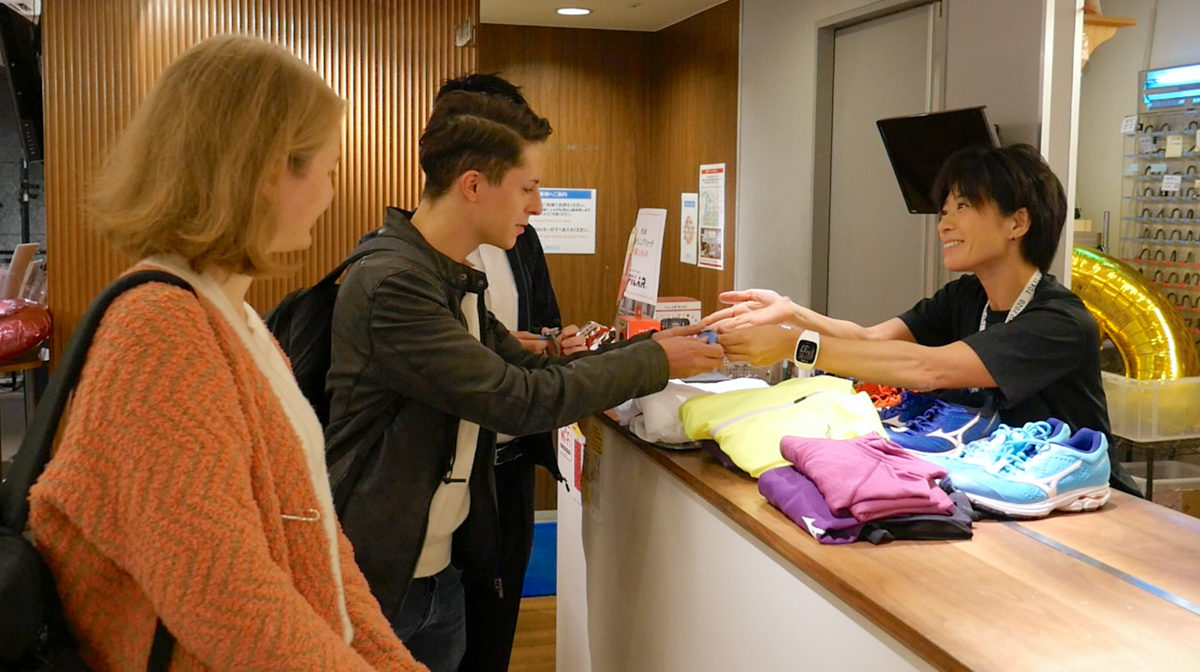 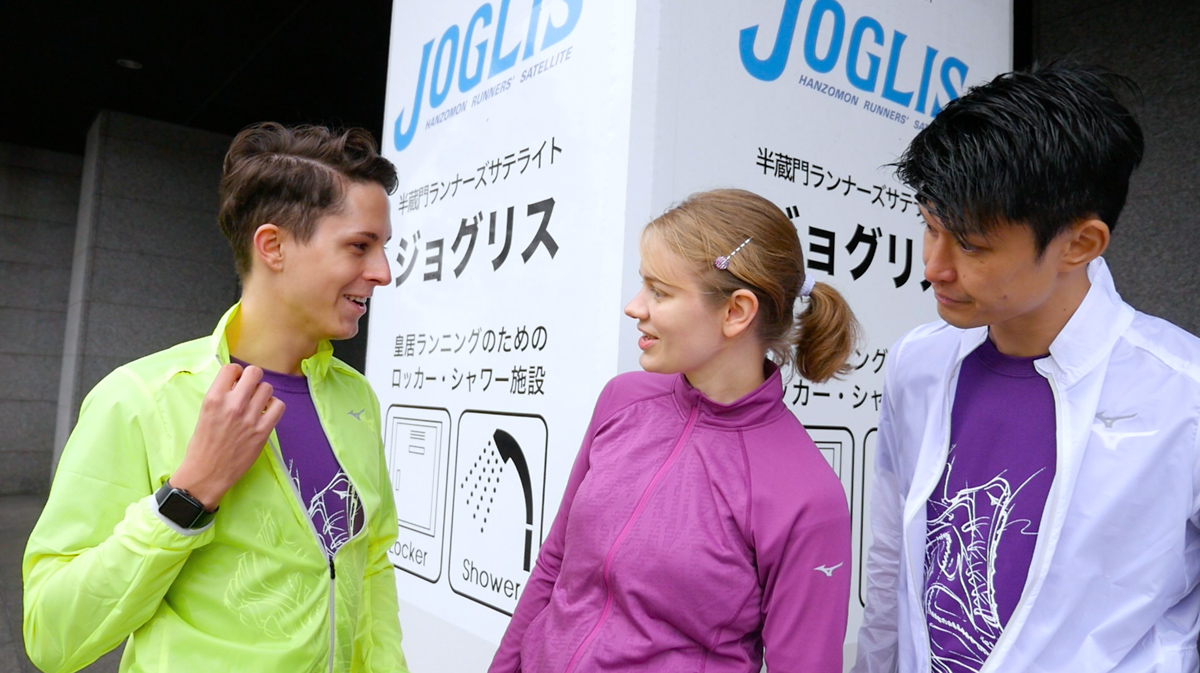 If your accommodation or hotel is too far away from the Imperial Palace, or if you don’t want to go back to the hotel to take a shower after running, use a runners support facility like “JOGLIS”! These facilities have lockers and showers, but also offer rental shoes and wear. So, if you suddenly feel like running: no problem! 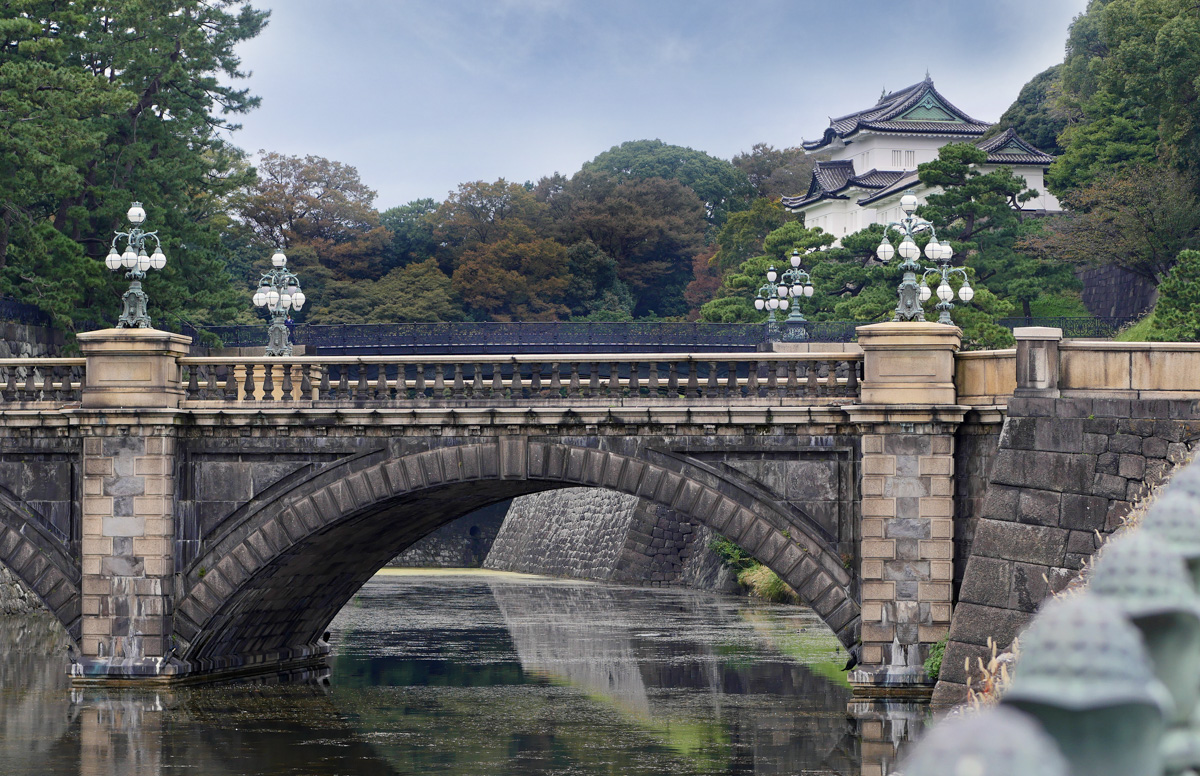 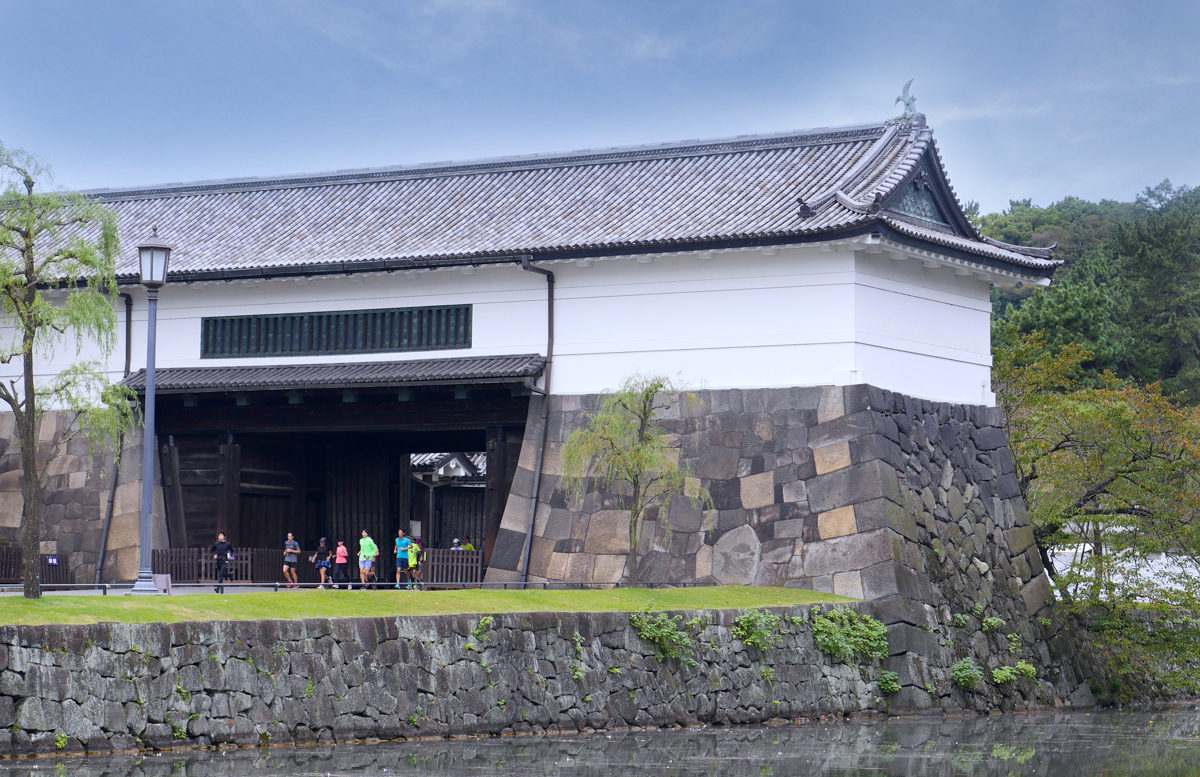 There are many touristic sights in the area around the Imperial Palace. Famous spots are Nijubashi (= the two bridges at one of the entrances of the palace), the historic Sakurada Gate, and Chidori-ga-fuchi, which is one of the most popular cherry blossom viewing spots in Tokyo. 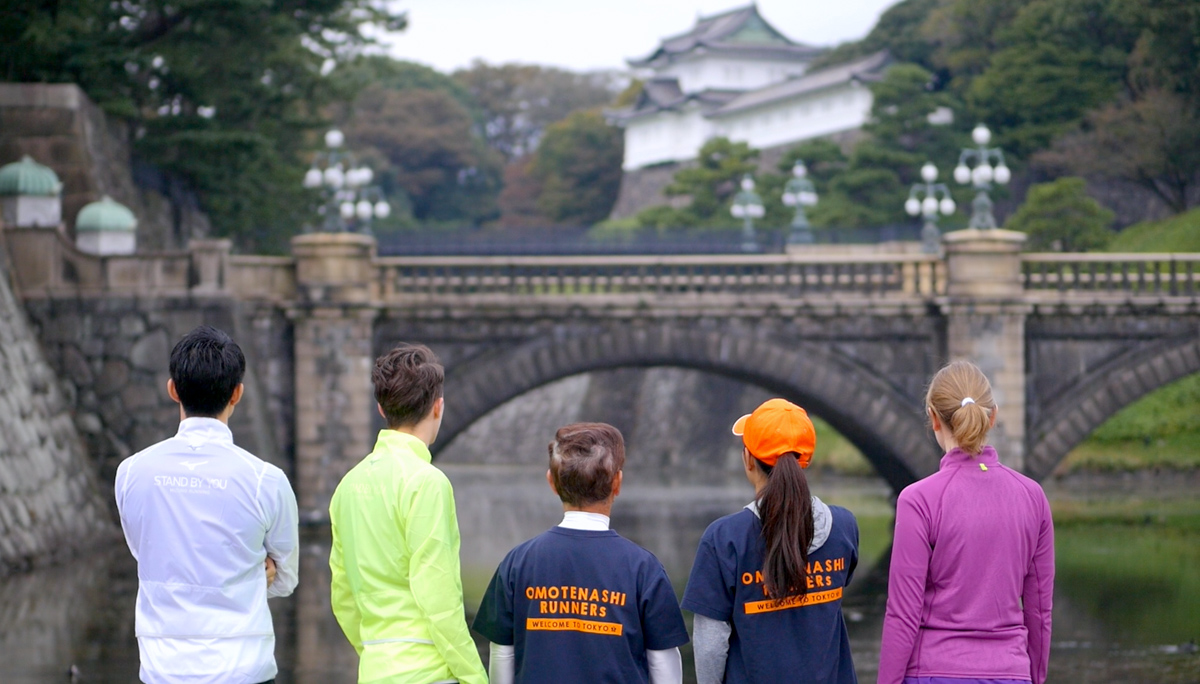 When participating in the “Imperial Palace Sightseeing Running Tour” you catch two birds with one stone.  Stay healthy and do some sightseeing at the same time! English speaking volunteers called “OMOTENASHI Runners” offer tourism guides for domestic and foreign visitors while running together around the Imperial Palace. They will do their best to show you the best sights and explain the charm of the Imperial Palace. 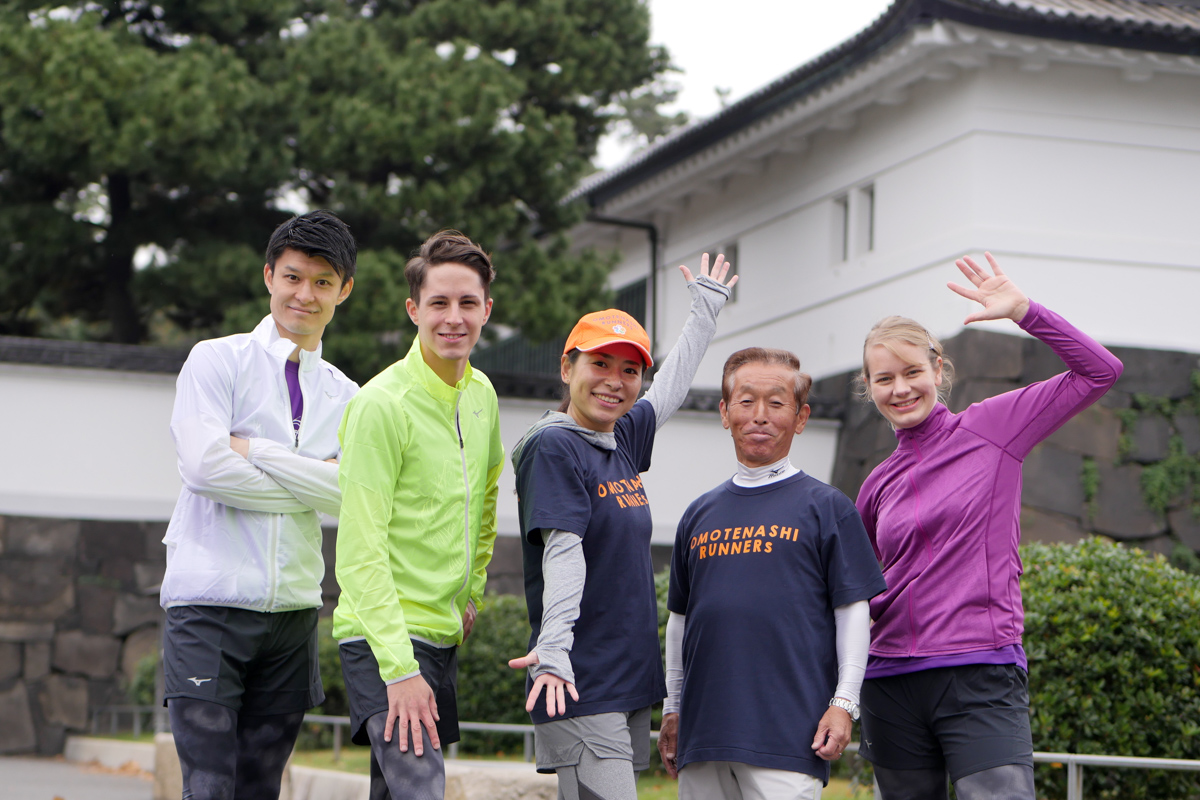 The “Imperial Palace Sightseeing Running Tours” will start this spring! For further details, please contact the “OMOTENASHI Runner Association of Japan” or JOGLIS (mentioned above).

Are there any rules? 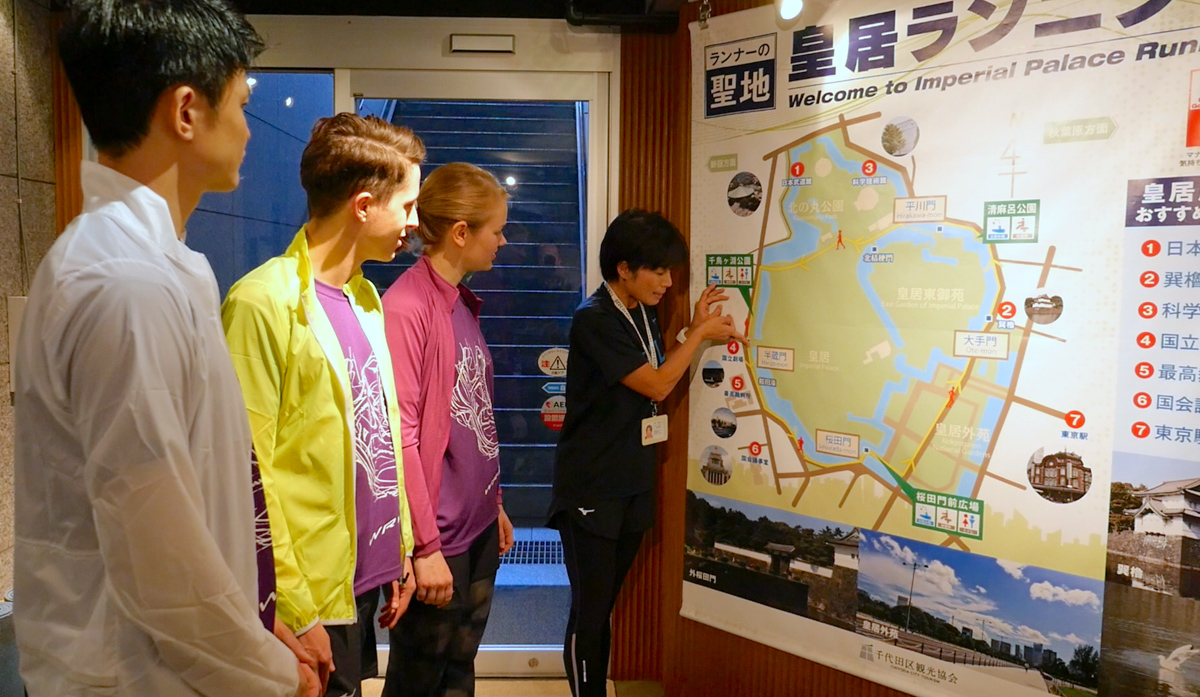 When running around the Imperial Palace please watch out for pedestrians. The course around the palace isn’t only for runners. Bikes and pedestrians are allowed, too. The most important rule is regarding the running direction: everyone is running counterclockwise. Since this running course is very popular and a lot of people are running here at every time of the day (and even at night), running in the same directs prevents accidents and bumping into other runners. 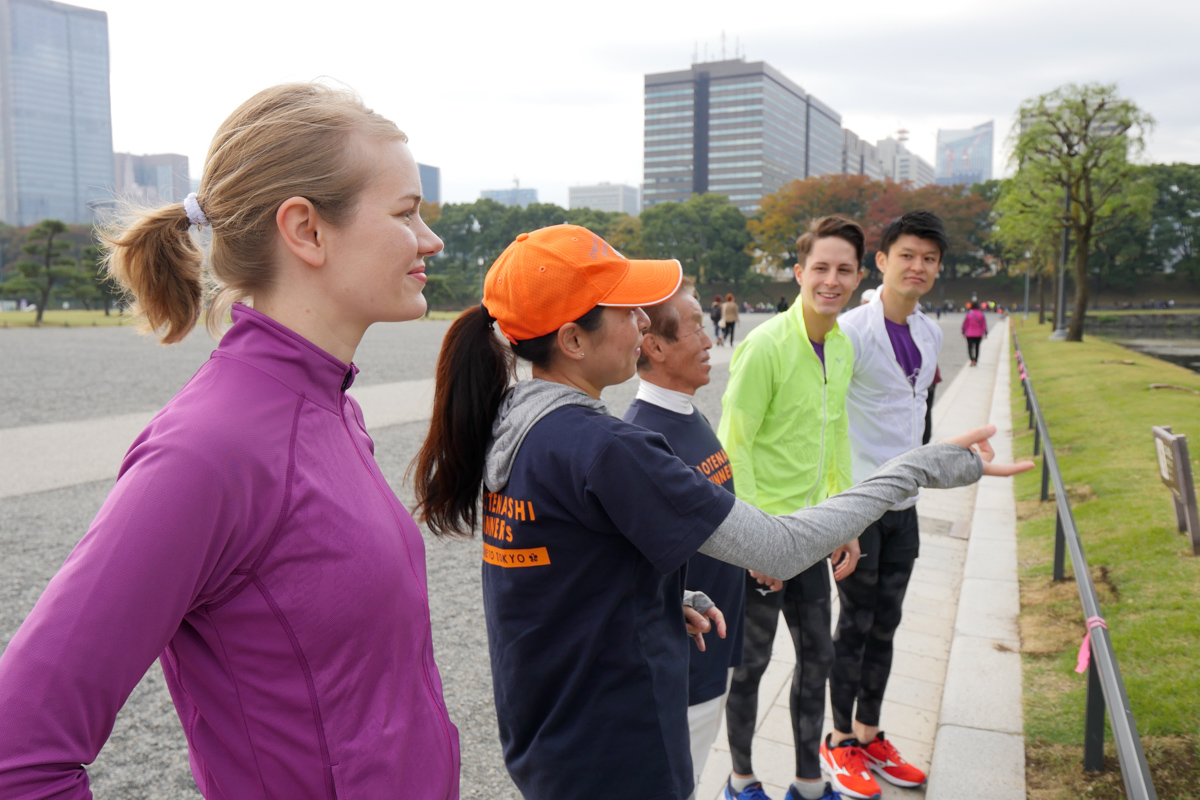 Another important thing to know is that there are “no running areas” at the main sightseeing spots since they tend to be very crowded. One example is Nijubashi Bridge. Of course, it is possible to around these areas – but then you would miss out on the best locations. 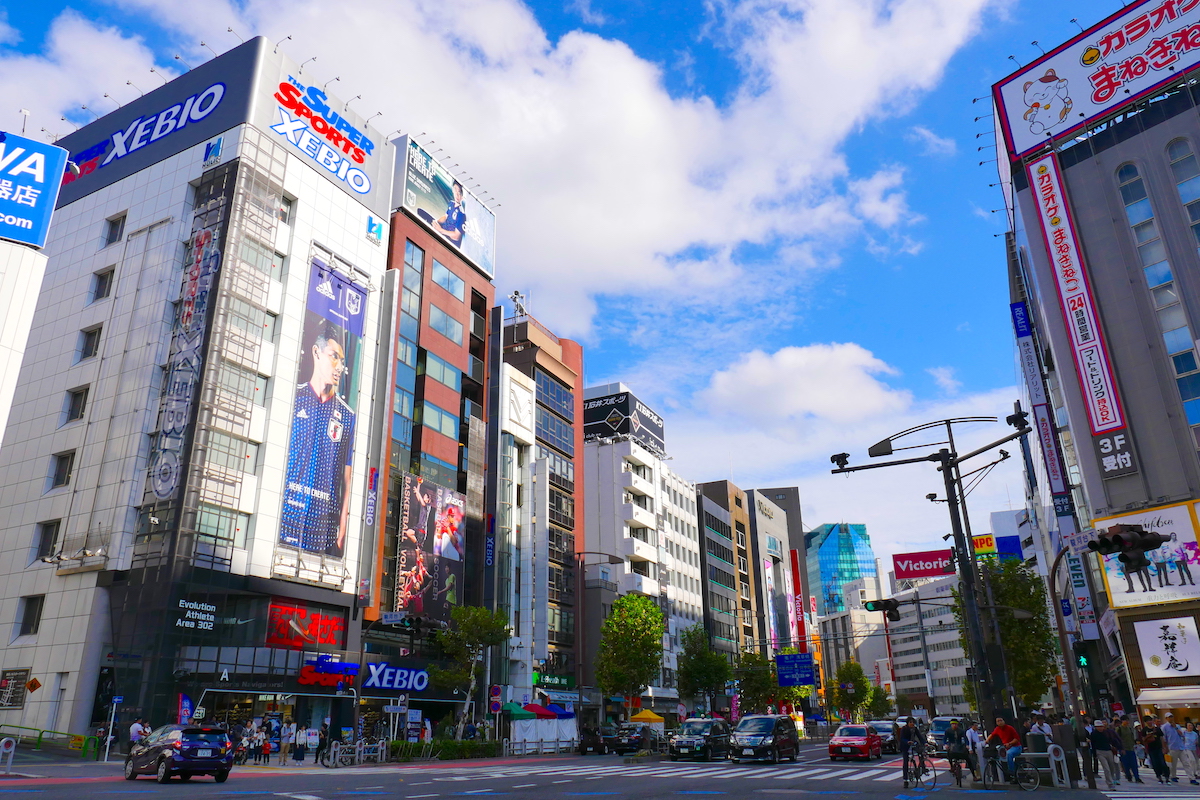 If you want to buy your own running shoes, the best place to go is sporting goods town Kanda Ogawamachi! There are a bunch of shops specialized in sporting goods, so you will definitely find the perfect shoes for your individual needs. “S’PORT MIZUNO” offers a shoe fitting service. It’s a great place to buy good quality shoes from a Japanese brand. Wouldn’t that make a great souvenir? 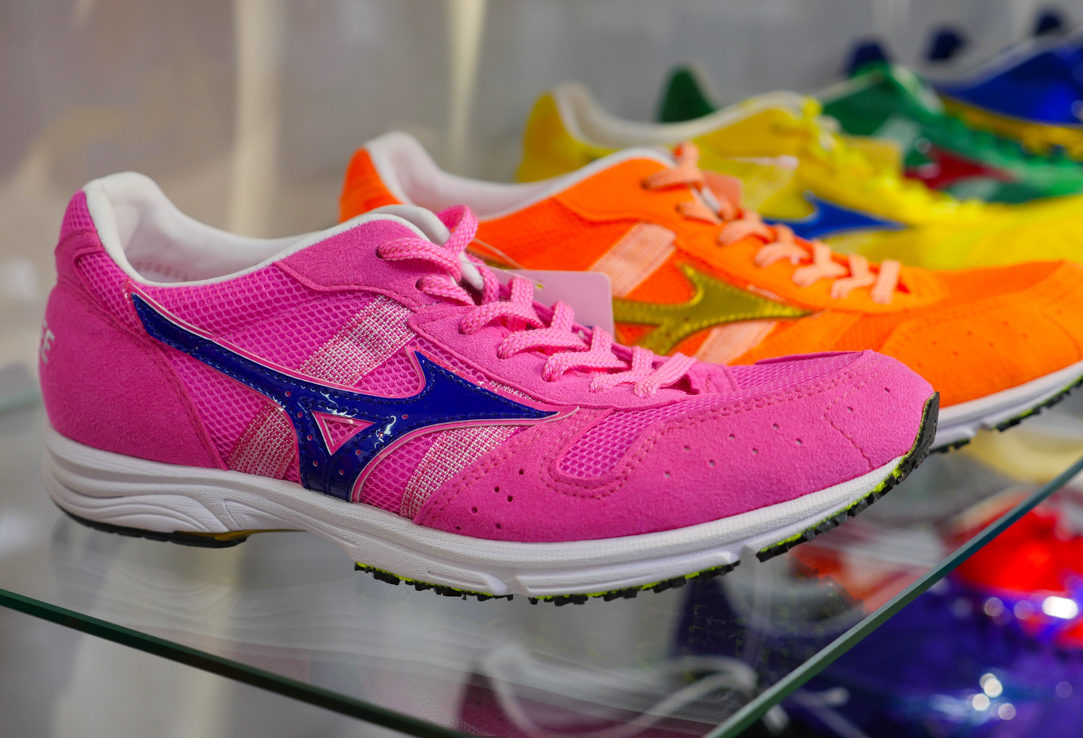 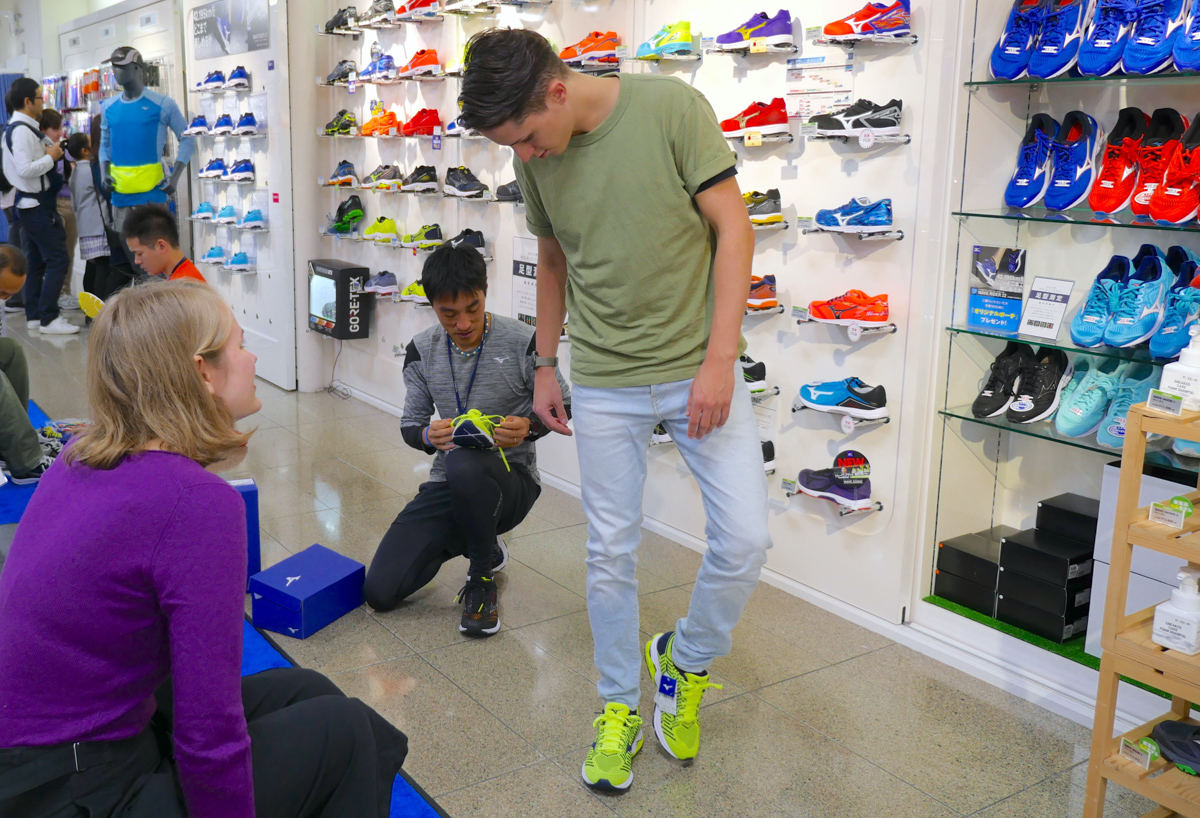 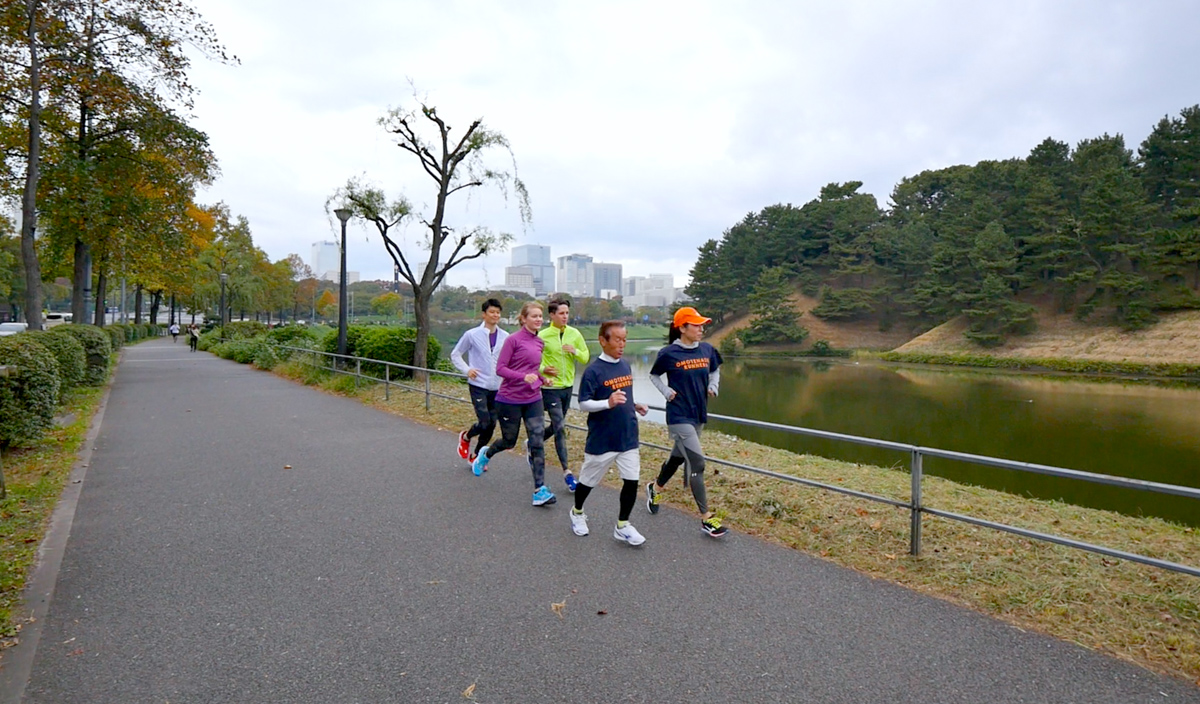 Running in Tokyo is great! In the morning, you will feel the fresh air on your skill while you see the city waking up. At dusk, you will see the lights of the glowing skyscrapers and you will feel “big city vibes”. The Imperial Palace is a wonderful place where tourism and running can be combined. Check the running rules… and off you go! Enjoy the “Imperial Palace Run”! 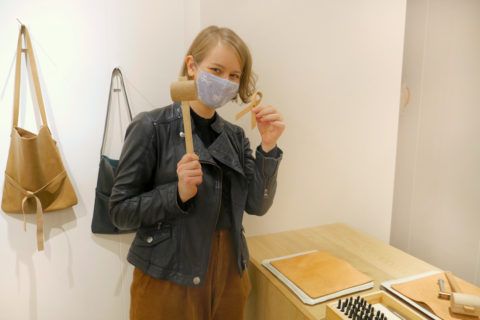 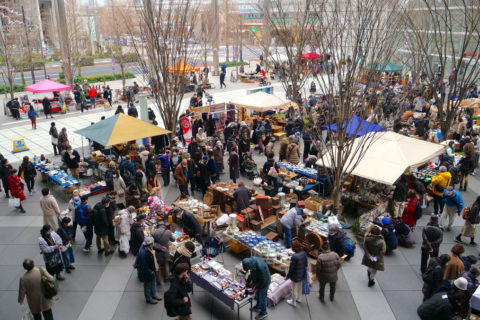 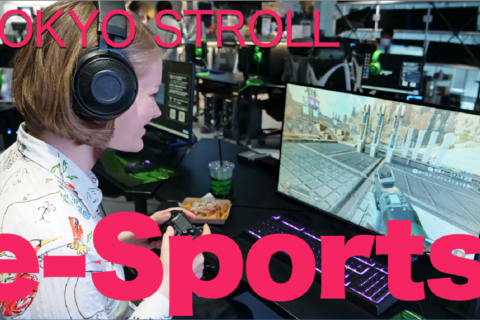 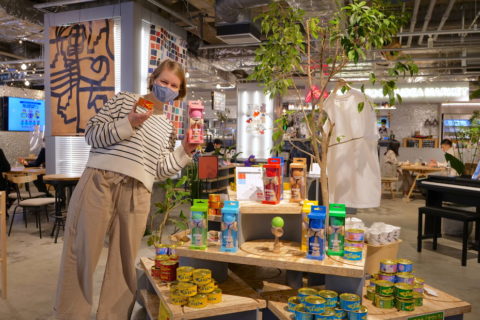 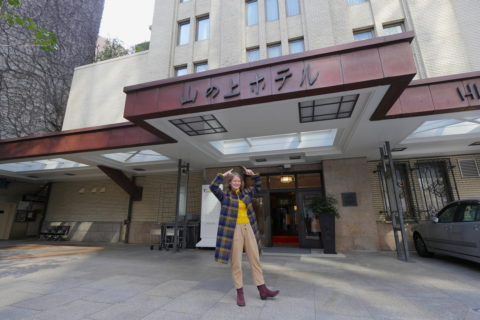 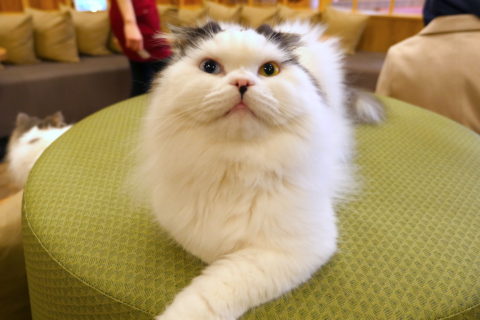 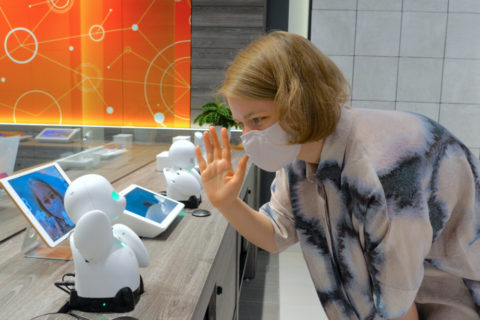 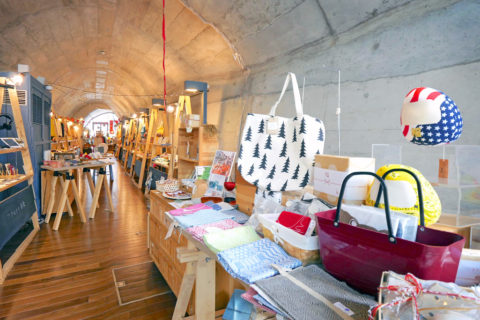