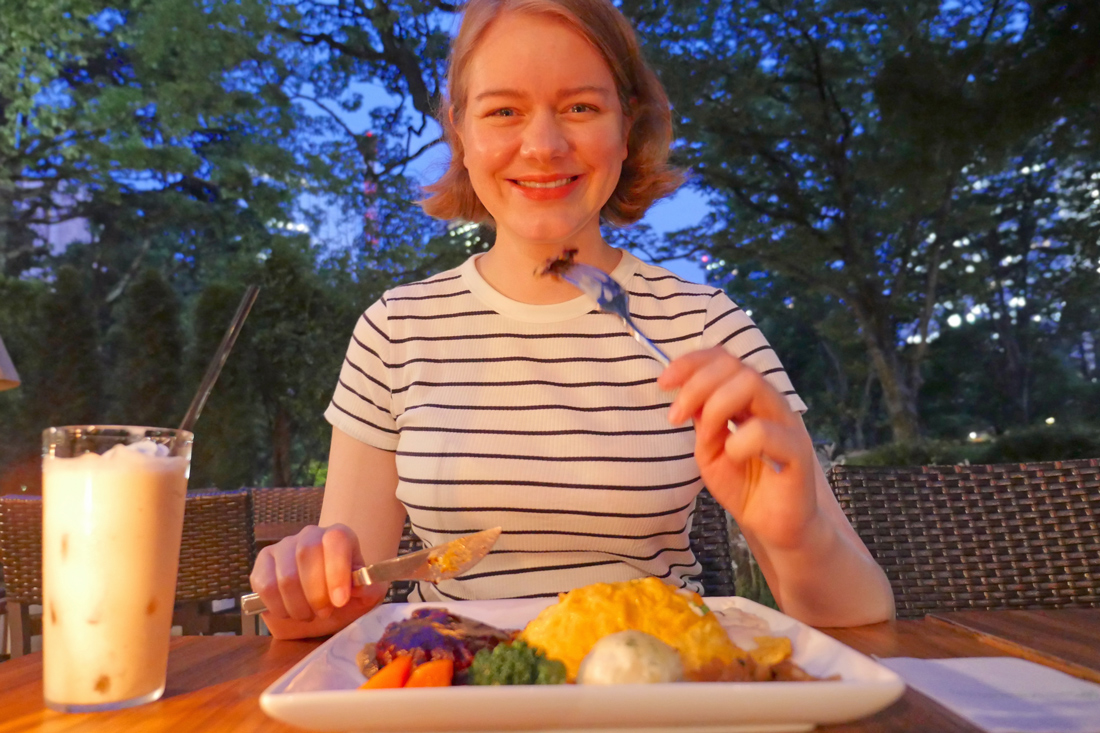 In the middle of Hibiya Park in central Tokyo, there is a famous restaurant with a long history. What’s better than a delicious dinner surrounded by lush greenery after a stroll around the park?!

At that time, eating curry and drinking coffee at Hibiya Matsumotoro was considered very fashionable. No wonder, it was very popular among young Japanese couples. Visiting the restaurant was the perfect way to spend free time or to go on dates. Even the famous Japanese writer Natsume Soseki was one of the customers. 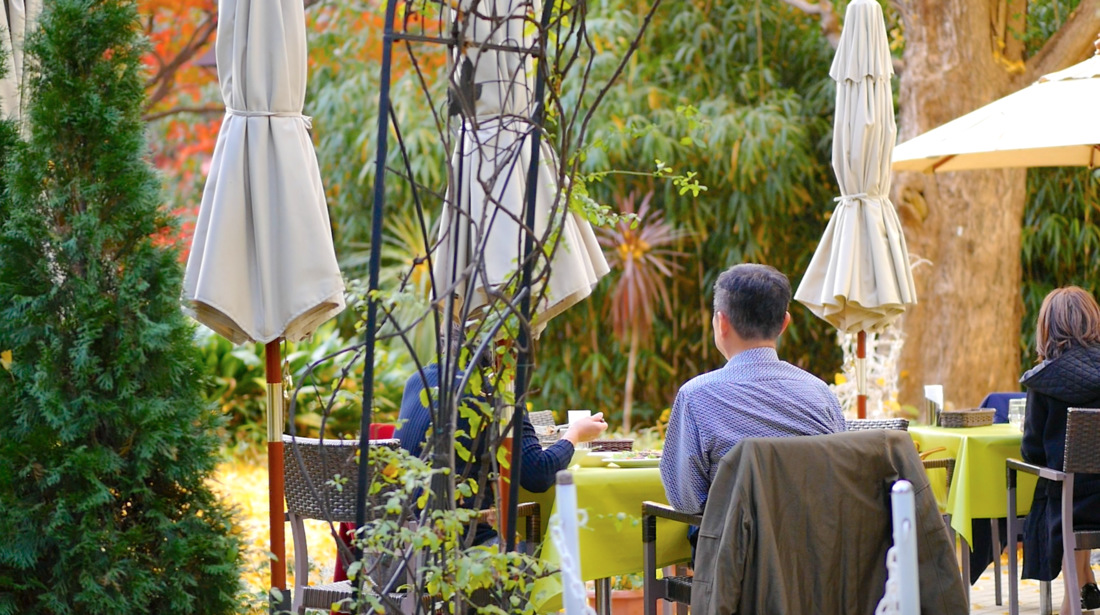 Not only Japanese but also foreigners visited Hibiya Matsumotoro early on. Among them was Sun Yat-sen, a Chinese philosopher, physician, and politician who is known as the “Father of the Chinese Revolution”. 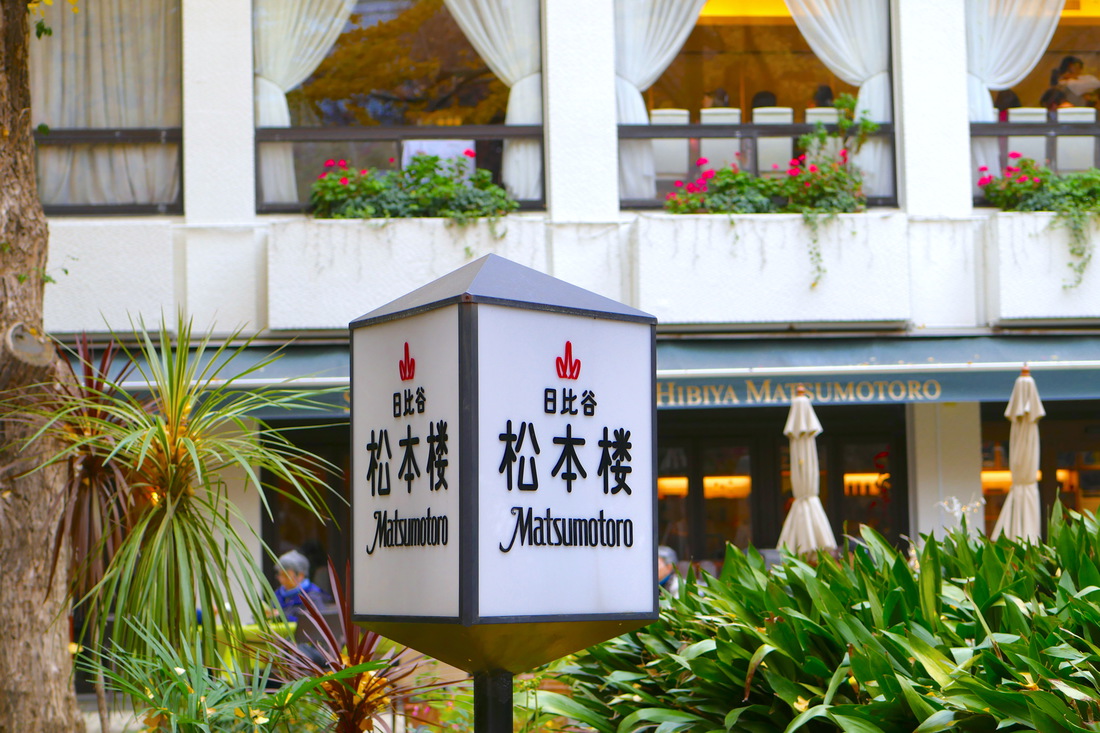 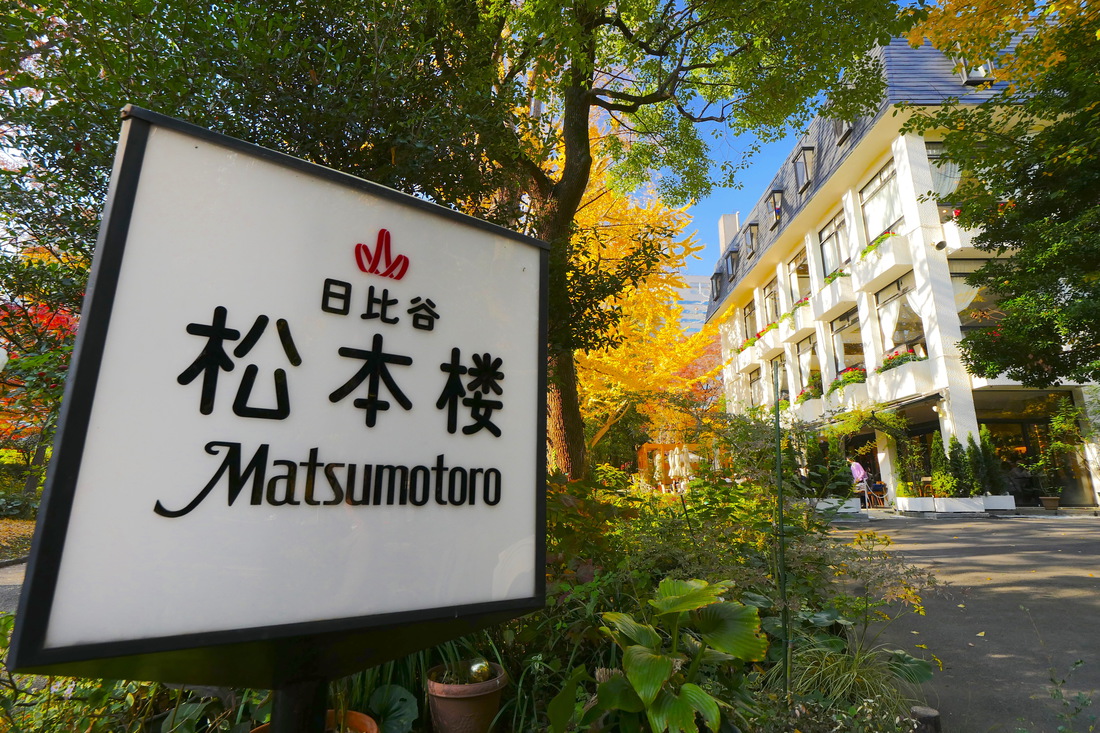 Dinner on the terrace 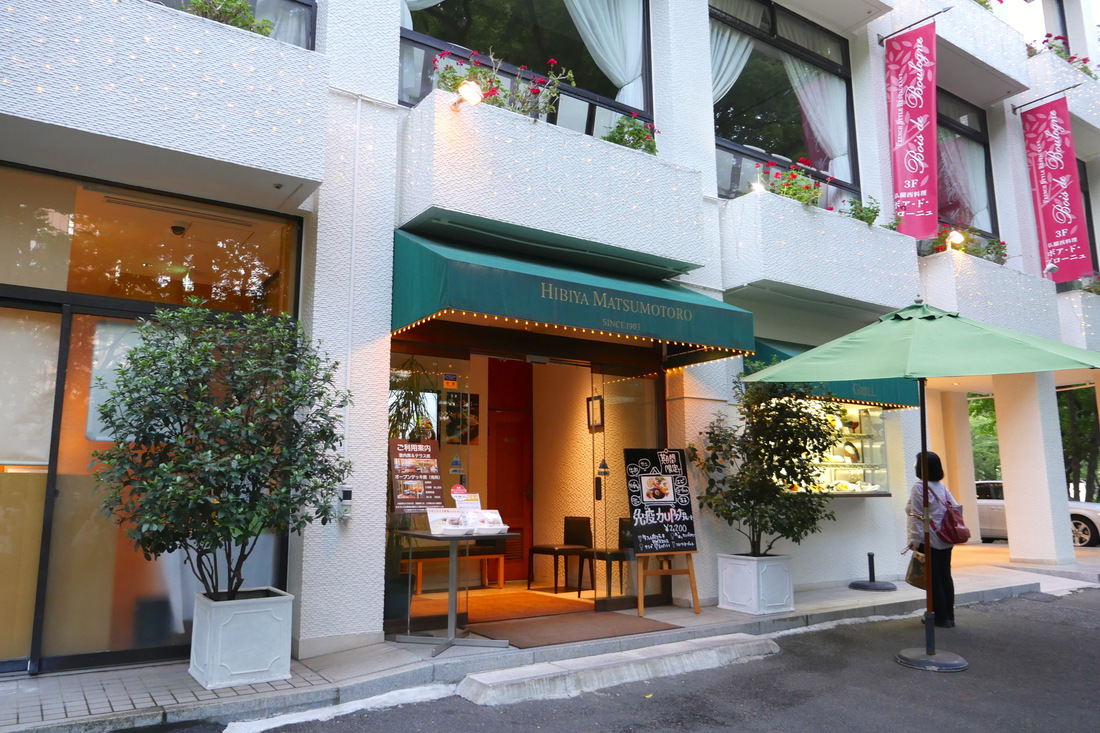 The ‘Grill & Garden Terrace’ on the 1st floor of the building offers lunch, teatime, and dinner. The menu includes so-called haikara (a Japanese abbreviation for “high collared”, meaning eye-catching, fashionable) dishes that have been loved for more than 100 years. At the time of its establishment, everything Western was considered fashionable. 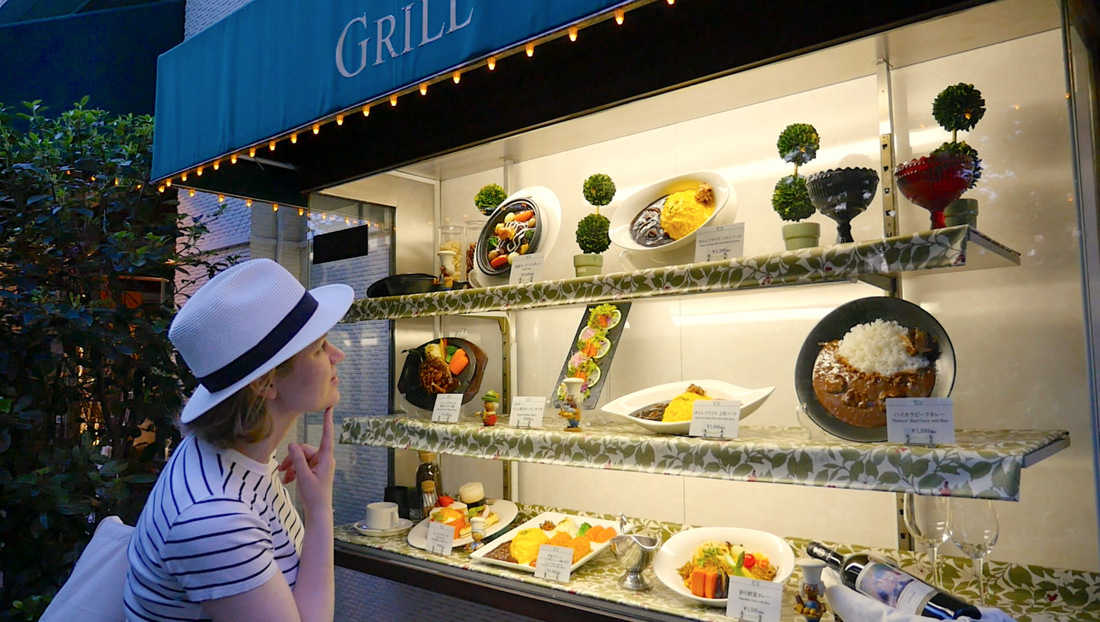 But don’t be surprised if you don’t see many dishes on the menu that you would consider “Western”. It’s more of a Japanese Westerness that has developed over time. And that’s the beauty of Matsumotoro! 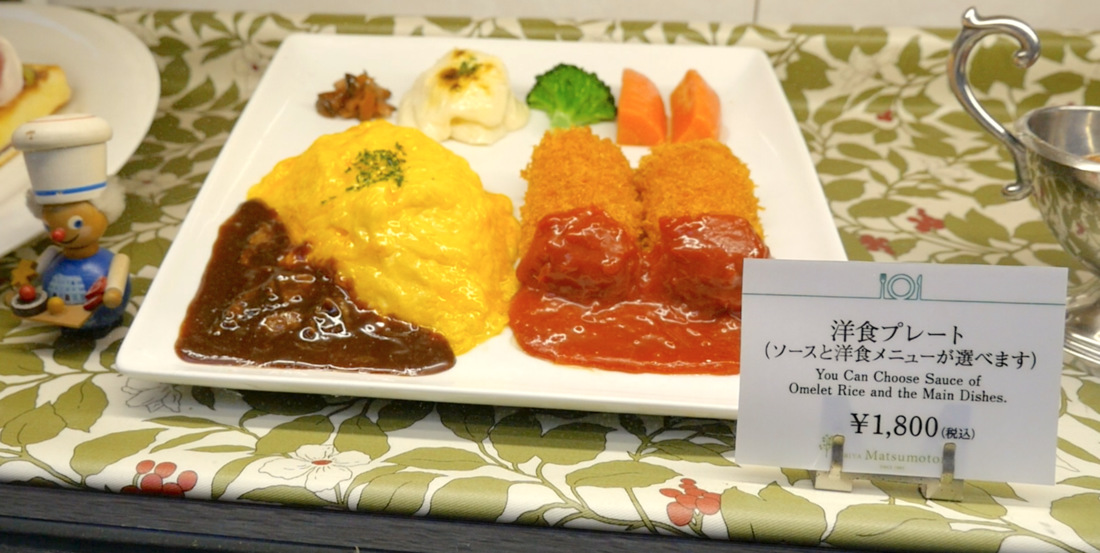 So what should you order? Of course, the beef curry that made Hibiya Matsumotoro famous is a big recommendation. But if you want to try several kinds of dishes, you should get the “Matsumotoro Big Plate”. 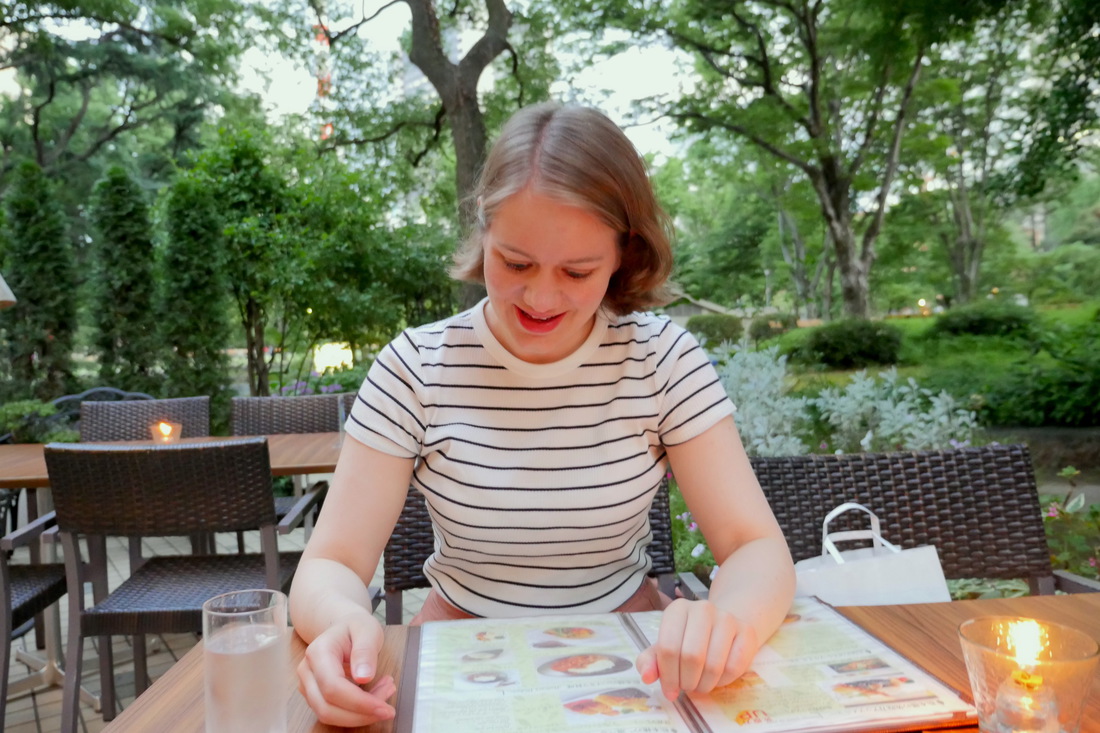 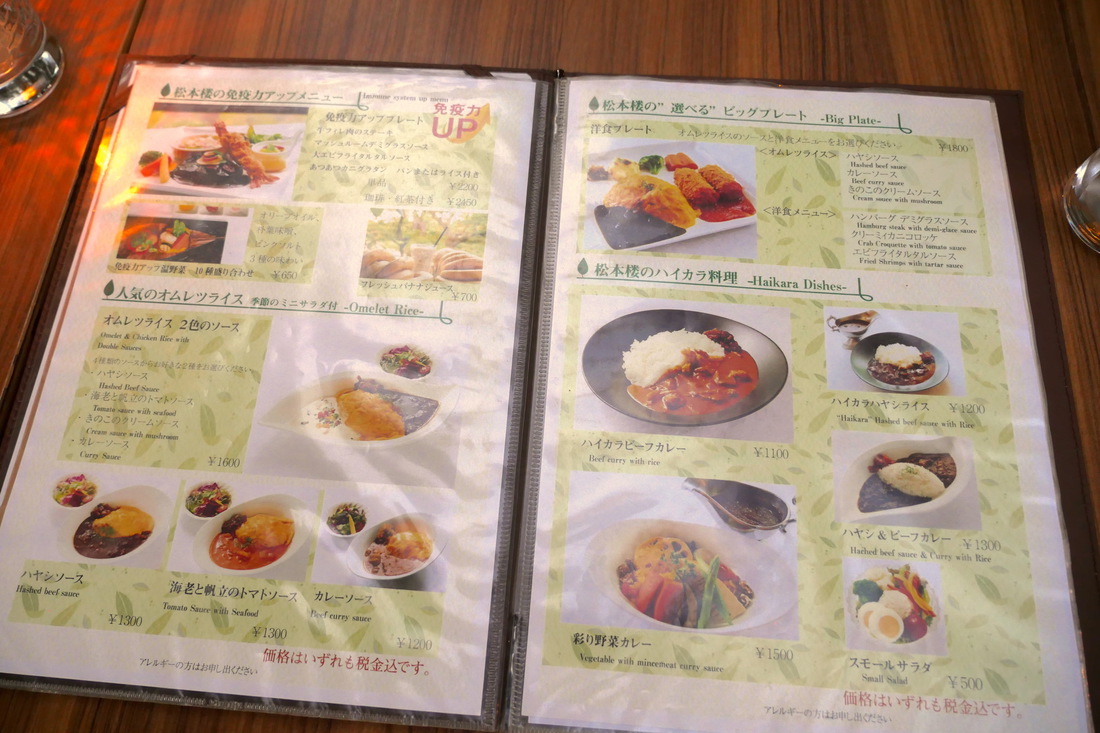 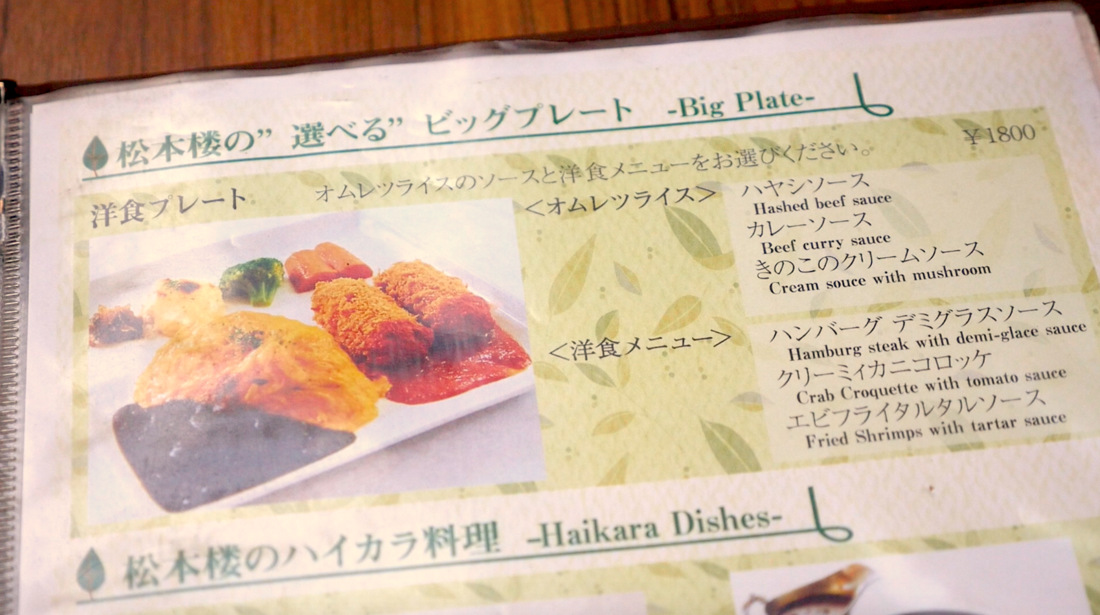 It is a set menu with an omelet and rice. You can choose one from three types of sauces: curry sauce, beef stew, and creamy mushroom sauce. Also, you choose one main dish: hamburg steak (a big meat patty), crab croquette, or fried shrimp.

It’s no exaggeration to say that I’ve never eaten such a delicious omelet. The fluffy eggs and creamy sauce were perfect together. Fantastic!

The gentle glow of the small oil lamp and the terrace surrounded by lots of greenery are exceptional. What a beautiful setting! It’s a strange feeling when you think about the fact that people have been enjoying meals on this terrace for a hundred years while Tokyo kept on growing larger and larger. If you want to enjoy a relaxing and reasonable dinner on a terrace surrounded by nature, Hibiya Matsumotoro is the place to go! 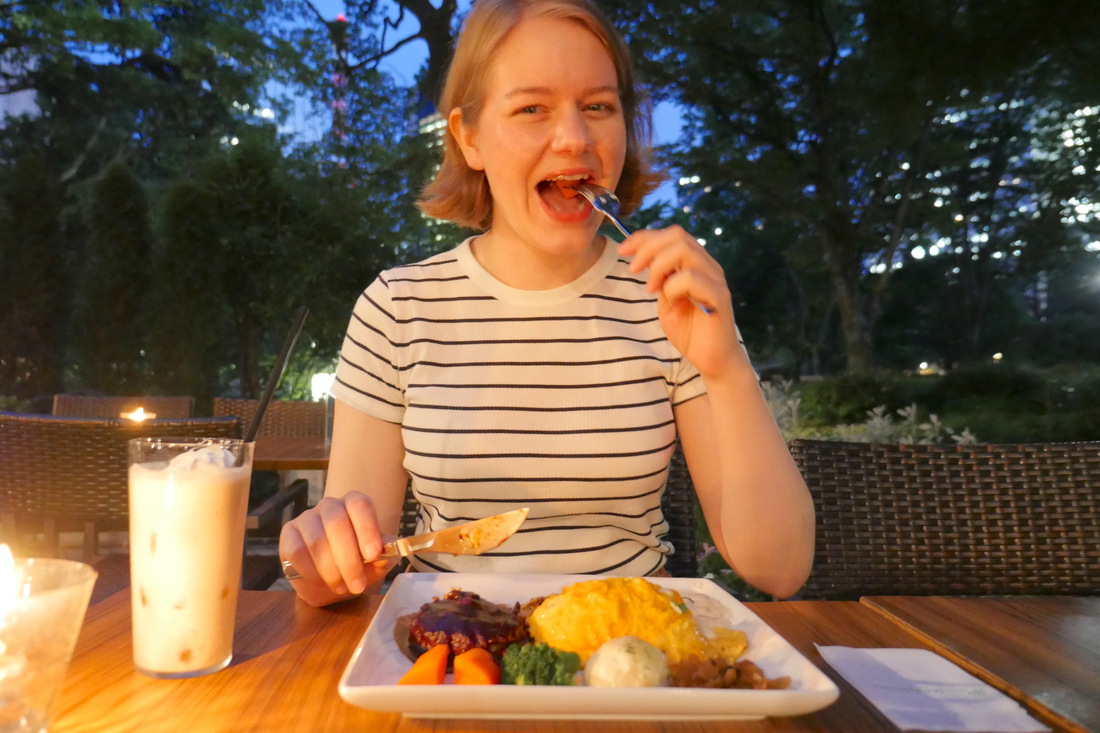 *Please check the official website for events.
*Hibiya Matsumotoro now offers takeout lunch boxes:
http://matsumotoro.co.jp/takeout/takeout.html
There are a wide variety of bento boxes sold at the grill and over-the-counter, including the very popular curry lunch box. 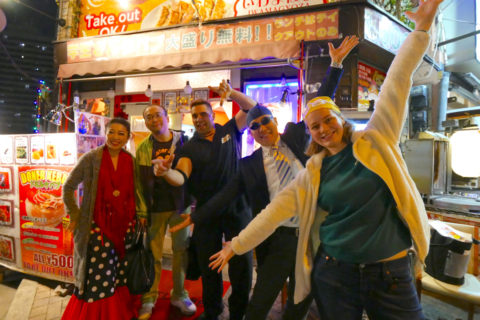 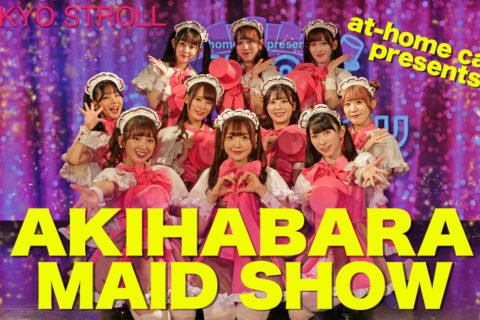 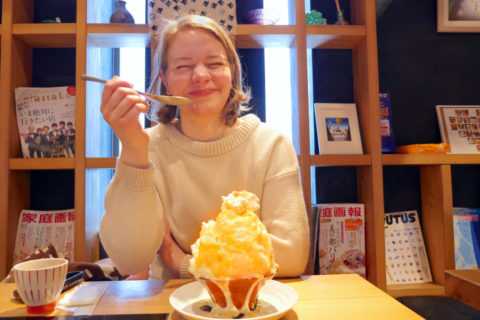 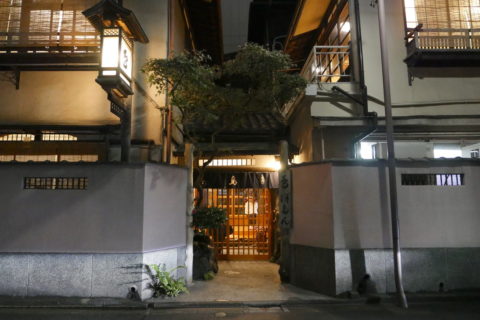 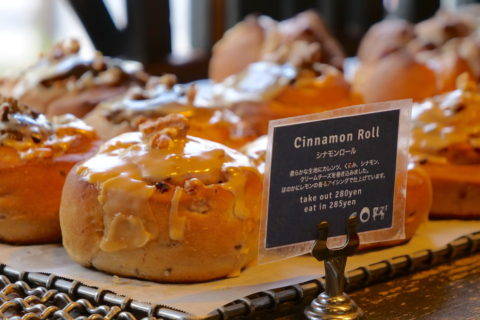 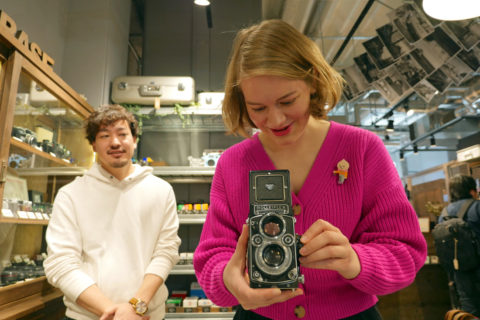 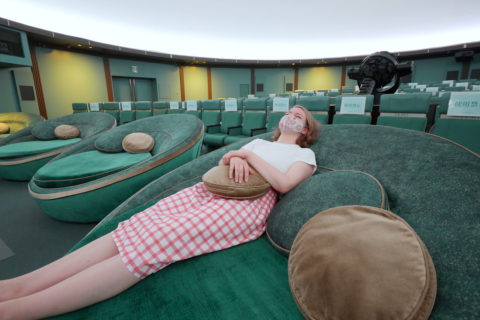 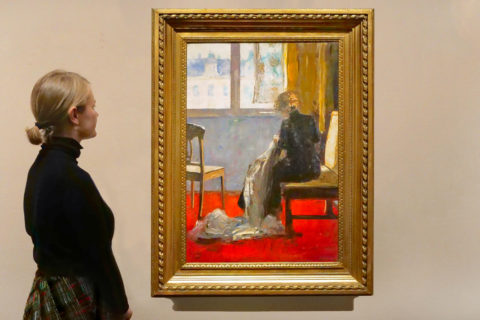